JDM Irons win on both tours this week. 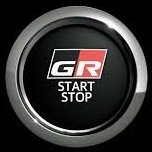